How well I remember that Saturday afternoon in 1974 when my Mum popped into our local newsagents to get the daily newspaper. I went over to look at the DC and Marvel comics on their stand to see if there was a new issue of House of Mystery or The Witching Hour.

Suddenly I was confronted by a huge colour photo of Christopher Lee as Dracula, red eyes blazing, staring out at me from the cover of a new poster magazine. Since it was marked “For Adults Only”, I somehow persuaded my mum to hand over the sum of 20p and I hurried home to savour the delights of Monster Mag number 1. From that day I was hooked!

I was soon scouring the local comic shops for anything on horror movies. My next discovery was a wonderful magazine called World of Horror. Both World of Horror and Monster Mag were printed on glossy paper with full colour photos, much superior in quality to their American counterparts.

Although Monster Mag had very little text it didn’t seem to matter as the photos were brilliant. Even today I can’t help watching a Hammer film without recognising a scene or two that featured in Monster Mag. The magazine lasted for 17 issues before it suddenly stopped appearing at our newsagents.

World of Horror was alot more informative with once again some great photos. Only fellow addicts can understand the thrill of finding a new monster magazine, or better still an old one.

One of my best friends in those days was our postman! I’d eagerly await the latest package full of old Famous Monsters of Filmland or Monster World that I’d bought from contacts all over the country. My collection grew by leaps and bounds: Quasimodo’s Monster Magazine, Legend Horror Classics, the superb but short lived Monsters of the Movies from Marvel, Mad Monsters, Castle of Frankenstein et al.

Perhaps one of the best of the lot was House of Hammer which first appeared on the scene in October 1976.Published by Top Sellers and edited by Dez Skinn, the people who brought out Monster Mag, it took a whole new approach by having a comic strip adaption of a Hammer film every issue. After issue 18 the magazine changed its title to House of Horror, but after two further issues it suffered another title change to Halls of Horror. The magazine disappeared for ages after number 23 but was eventually relaunched by Quality Communication who dropped the Hammer comic strip adaptions. It eventually bit the dust with issue 30 in 1984.

On the American side, the granddaddy of them all, Famous Monsters of Filmland finally finished its original run with issue 191 after Forry Ackerman left Warren Publishing. In the long period before the resurrection of the classic horror film magazine Fangoria ruled supreme. But I’m sure I wasn’t the only one yearning for those great covers of Karloff, Cushing, Kong et al.

Many years have passed since that 12 year old boy was first introduced to the delights of monster movie magazines. A lot has happened since then. But there I am, still scouring the comic shops and film fairs, searching for that old issue of Famous Monsters or Monsters of the Movies that I still need. Still eagerly waiting for the postman to deliver the latest package of delights. There really is no thrill like it. May I have many more years collecting to look forward to! 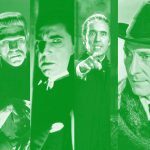 Those Were the Good Old Days

“They don’t make them like that anymore” is something you often hear said. And as far as horror films go I think that’s true. The great days of the atmospheric horror movies ended, in my opinion, in the 1970s. 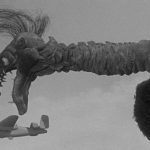