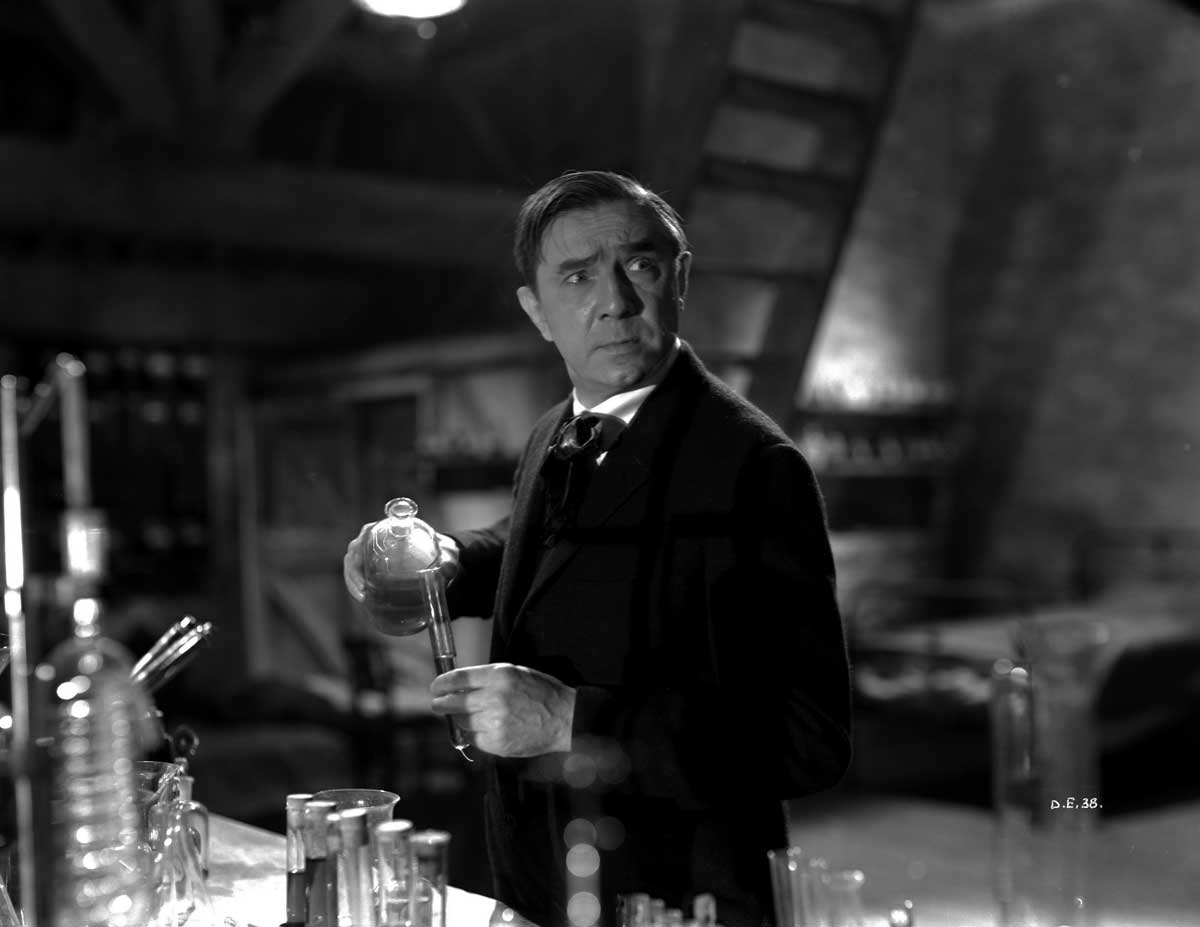 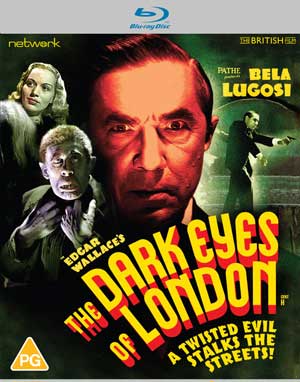 A British horror, The Dark Eyes of London (also known as The Human Monster) has only ever been available in crappy, dupey, poor looking prints, so it is great to be able to view this in a glorious version restored from the original negative and to be able to fully appreciate the delights of Bela Lugosi in a dual role (not much of a spoiler as it’s fairly obvious when watching). I am not sure how much work has had to be done to spruce this up, especially as I was told some while back, that the original materials in the vault were in a sorry state. So kudos to Network or StudioCanal for rescuing this. The image is crisp and nicely balanced and the only slight flaw is a hum on the soundtrack periodically and some dead air during quiet moments were they have clearly dropped the audio out completely. Overall this is a cracking presentation.
Dead bodies keep turning up floating in the Thames, in this adaptation of the Edgar Wallace story. Inspector Holt (Hugh Williams) is assigned with trying to figure out what is going on, shadowed by visiting cop from Chicago Lt O’Rielly (Edmon Ryan).
The investigation leads him to the door of insurance broker Dr Orloff (Lugosi) who surely can’t be a suspect as he helps out at a home for blind men run by the blind Mr Dearborn (Lugosi in his second role — disguised behind the dubbed-in voice of O.B. Clarence, according to the IMDB, though Stephen Jones, in one of the extras says it was O.P. Heggie who supplied the post syncing). What our detective doesn’t know is that Orloff has been lending money out and getting the recipients to sign over their life insurance policies to him so he can claim the funds when they, not surprisingly, turn up dead!
Helping out in the nefarious scheme is the hulking, lumbering, goof-toothed, monstrous Jake (Wilfred Walter). When another body washes up — one Henry Stuart (Gerald Pring) — his daughter Diana (Greta Gynt) becomes the key solving the mystery.
More a crime mystery than an out and out horror, it’s great to have Lugosi relishing his two characters and the film cracks along within it’s 76 minute running time. Apparently this was the first British movie to be assigned the new H certificate which had been introduced by the British Board of Film Censors in the early 30s in response to the American chillers, many of which had starred Lugosi.
On the extras front you get an audio commentary with Kim Newman and Stephen Jones; Bela Lugosi in Britain (29 minutes) with Newman and Jones ensconced in the Edgar Wallace pub discussing Lugosi’s work on British shores — the early Hammer Mystery of the Mary Celeste (1935), Dark Eyes and of course Mother Riley meets the Vampire (1952); ropey quality US titles as The Human Monster; a dark US trailer; image gallery of posters and stills plus a limited edition booklet by Adrian Smith.
Share on facebook
Facebook
Share on twitter
Twitter